There are a few genres that get handed out during NYCMidnight contests that make all of us cringe. Mystery is at the top of that short list. How the hell can a writer establish a crime, a list of suspects, motives, backstories and red herrings, along with building a main character, setting and scene, and wrap it up with a twist and a powerhouse ending, all in less than 1000 words.

I’ve just learned that the answer to the question “how” is two words: beta readers.

My prompt for round 3 (and I’m super excited to have made it to the semi-finals for two NYCM contests in a row now 🙂 ) was:

I actually came up with a story idea fairly quickly, and I did have all the aforementioned plot elements established in my first draft. Unfortunately, said draft was nearly 600 words over word count.

Usually I can write to a word count fairly easily. It’s something I have to do at work every day. But in this instance, the story was massive, the characters all wanted the reader to know they weren’t it. My main character wanted the world to know how ridiculous the entire case was to begin with. So. Many. Words!

Then, in came my beta swarm. With sharpen mandibles, my beta locusts let me know what was working, what wasn’t, and what was downright confusing as hell. I trimmed, polished, edited, killed darlings, and by late Saturday night (after I got back from my daughter’s 13th birthday party at around midnight), with a bit more editing, I only needed to remove another 41 words.

Sunday morning (which came entirely too early) was round after round after round of trimming and fixing. “Do those words really need to be there” “Would she really say it like that?” “Why is he even talking? OMG, he has nothing more to say!” That kind of stuff.

Happily, the polished turd that had been buried under mounds of fly-infested garbage masquerading as prose was only 994 words long.

So yeah, Mystery in 1000 words or less is possible.

We’ll see what the judges have to say.

The story will be up soon… but until then, here’s my customary picture, title and logline teaser: 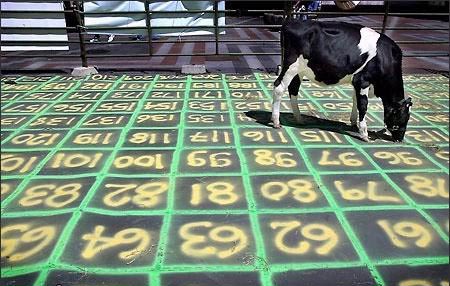 The pasture was set and the entries paid, but Bessie, this year’s star of Cow Plop Bingo, was murdered at dawn. Honestly, who shoots a cow?