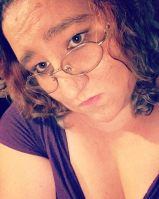 Kaylar Hallock is an author from the Phoenix/metro area of Arizona. Her hobbies outside the writing world include relaxing with video games, cooking like the perfect housewife, singing to calm her anxious heart, and loving on her two nerdsons (godsons). To learn more about up and coming projects by Kaylar, you can visit her Facebook page: Kaylar Hallock, Author.