And here it is… the number one, most-viewed post of 2015. I’m fairly certain that the high number is due to the fact that the original post was linked to Chuck Wendig’s blog. But I guess that’s the reason it’s called the world wide web. It’s our interconnectedness that drives traffic!

Today’s post, in the number one spot, is another short fiction piece. In solid departure from my typical fantasy/thriller style, this is a “romantic adventure.” Enjoy!

Flash From the Past

This story was written for a weekly challenge that never took off past the first week. I wrote it about 5 months ago. Today’s challenge by Chuck Wendig over at Terrible Minds reminded me of it… and how it never got an audience. Today, maybe it will get a few eyes on it!

The picture that Chuck shared says “Oberon is here”… which kind of made we want to write a fan-fic piece starring Kevin Hearn’s Oberon from the Iron Druid series. But I’ll resist…

Instead, here is my picture, and the story it inspired. Hope you enjoy it! 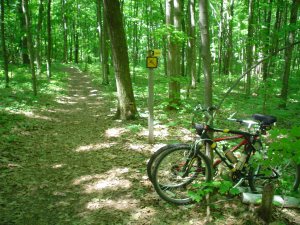 Turn of the Season

Maynard took off on his bike so fast that dust and pebbles sprayed up behind him. “Catch me if you can, Blue,” he called out over his shoulder. He was standing fully…